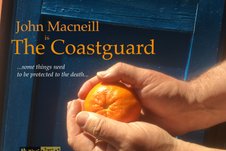 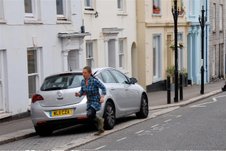 Like everybody else, we have been stuck at home for a while, digging the garden, writing, planning...and now we are hoping to tour The Coastguard again in 2021

Get in touch if you want us in your performance space.

Read more about our play "The Coastguard"

It’s Peter’s birthday and the first day of his enforced retirement. There’s a present for him, wrapped in blue tissue paper on the table. But his wife, Mary, won’t come out of the back room. His daughter, Lia loves him dearly and wants to come and celebrate but Storm Lear is brewing.  Her husband, Cal is pushing plans for Peter to sell his clifftop house. Peter is standing his ground.

After all, he is THE COASTGUARD and some things need to be protected to the death.

“The Coastguard is a poignant and beautifully observed piece of drama. John Macneill skilfully commands the stage and draws us into his isolated and precarious life, as pressures from his family and the world beyond bear down on him.

A story of our times”

"Marie Macneill’s, largely verse, play, is exquisite: full of elegiac visuals and quirky comedy; rhythmic and heartfelt. As the wind blows and the sea blasts the coastline, so the verse ebbs and flows, taking the audience with it. I doubt I will hear more lucid and beautiful writing for the stage this year.

As Peter, John Macneill creates a wonderfully engaging character, whether rampaging about student debt or city fat cats, re-creating scenes from ‘Casablanca’, performing the ‘sand dance’ with a tea towel or delivering Hamlet’s ‘To be or not to be’ speech. Despite his happy-go-lucky exterior, the layers are gradually stripped back until the rawness of his loss creates a rush of emotion which created the loudest silence in an audience I have heard in a long time. A well-balanced, insightful and endearing performance of great skill.

The Coastguard is a rich, superbly crafted piece of theatre with a tour-de-force performance; it will live long in the memory".